When Motorsport PR has a negative effect on…PR 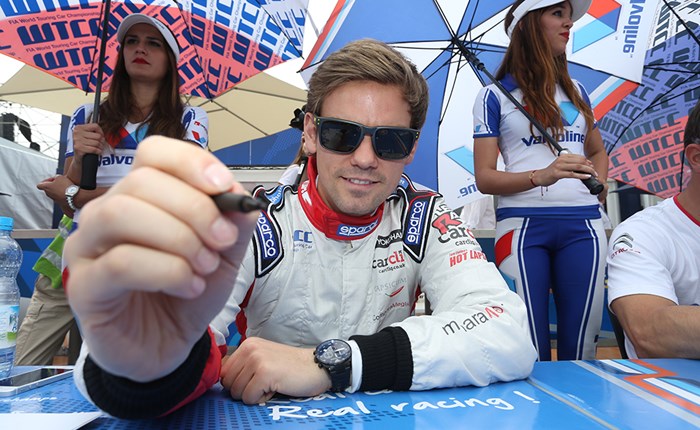 Index What is PR? When Motorsport PR has a negative effect on…PR F1 Is PR harming F1 currently & will it change?

PR, Public Relations, is a tough subject to cover as it is so broad, yet it’s so vital. Especially in and around Motorsport, many of us will have heard of PR agencies and many of you racing drivers will be working with one. If you, or a business or team, want to build a strong brand with a healthy fan or customer base, then PR really can determine how successful you will be. We all form opinions every day, from customer service in a coffee shop to what people are posting on their Facebook or spam in our inbox and these then drive how we think of that person or organisation. The basics are actually very simple. What do I need customers or potential customers to think of me/us? How can we better translate our goals and services to improve our brand rather than damage it? Despite the title of our post, PR is a positive thing. Creating the right image of what you do is all anyone in Motorsport or business wants to do, as we see the value in a happy customer or a well-respected brand. Our reasons for writing are the way we are seeing PR in Motorsport hit a peak and begin to fall back over itself. Too much PR or the wrong method and things can very quickly begin to have a negative impact on you or your business. Motorsport sponsorship is more than just a livery design after all.

When Motorsport PR has a negative effect on…PR

When a racing driver comes across dull, boring, scripted or uninterested, then the audience does not react positively and the audience loses their interest in what they are saying. Charisma can go a long way in business and media, so why are drivers becoming more and more robotic and who is to blame? The PR team? – Most drivers have a PR team, either through the race team or through their own management sources, but there will always be heavy PR going on behind the scenes. The Team? – Teams are opening up more on social media, which is great, but that is still not reflected around the paddock. F1 is as inaccessible as ever and the strict PR rules for each team seem to be sapping the personality out of the sport. Driver image? – Is anyone to blame for Kimi’s lack of charisma on camera? Or is that just him and his way of dealing with the media? It’s safe to say there is far more to him that we see in F1. Sponsors? – Are sponsors putting pressure on the PR of both driver and team? It’s hard to say, but it doesn’t see to make much sense if that is the case, as audiences disconnecting with a driver are also disconnecting from your product. Honestly, there is probably an element of all of the above, except the sponsors. F1 is set in its ways and it will, for the foreseeable future, continue to be an exclusive club that keeps itself very enclosed. Having drivers heavily controlled and regulated from a PR perspective, only helps with that feeling of exclusivity and secrecy. When in reality what it is doing to the sport, is alienating drivers from fans. Luckily, social media is the avenue for drivers to ‘try’ and be themselves.

Let’s start at the top, F1, and at the top of that, Lewis Hamilton. Lewis started out in the sport as a young, hungry, slightly outspoken and on the edge character, even after the years of PR training he had with McLaren from an early age. He built a loyal fan base who enjoyed his personality and at the same time, he also wound opposing fans up, great for the sport. In more recent years, it is safe to say that the PR peak may have been reached with his personality. His TV appearances are lacking a personality that we can relate to and connect with, the emotion seems to be constrained somehow. Yet online, Lewis Hamilton is supreme, looking down on his under achieving social media colleagues, with a cheeky grin. He has become powerful online and credit to him and his advisors around him for that. He posts about his life, he shows us a glimpse of a lifestyle we can only dream of, this sporting hero to so many is now accessible. We still remember the day Lewis Hamilton favourited a tweet ‘we’ sent. It is a difficult thing to really pin down how the two are seemingly working in different ways, but at the moment, there is no doubt PR is not harming Lewis’s career, more it is harming the sport we watch on a Sunday afternoon. So how about further down the grid or new drivers looking to break into the F1 bubble?

One of the first to look at would be the new kid on the block, who has appeared through a media storm into the paddock, Max Verstappen. @alexdimond – Congratulations on Max Verstappen for becoming the youngest boring, media-trained automaton in Formula 1 history. Brings a tear to the eye. This tweet really sums it up so far for most F1 fans regarding Max Verstappen. There is no doubt Max is a quick racing driver, but at 16 years old, he should be refreshing, bringing something new to the sport to cut through all the PR robots we currently see too much of, with the exception of Ricciardo (See below).

Ricciardo has been a revelation since moving to Red Bull in 2014. Always a great driver and personality around the paddock, it has been his appearances on the podium that have propelled him to fans favourite. Although still quite structured in his approach to interviews, Ricciardo comes across fun and sincere and his smile and enthusiasm make us want to listen to him. It would seem that the PR steamroller has yet to damage Daniel and hopefully it is highlighting the downside of not having more of him around.

The social media side is certainly an area we debate a lot, with our opinions on Motorsport social media quite strong. A following is not hard to come by, neither are ‘likes’. If you are lining up on the F1 grid, you are not going to struggle to attract interested fans. But how you interact with them…that is PR at the front line. The issue seems to be a lack of social media education, maybe through PR agencies fear or their wanting to retain complete control? And here is a likely cause to our over PR problem. DriverHQ – well that’s not the driver I was following, that’s a PR team? Driver – ‘Driver name is testing this weekend in Abu Dhabi’ are they talking in the 3rd person or is this his PR team? A driver who interacts with his following online and gives content of interest to his fans, is going to be successful and offer huge potential marketing value to sponsors. Take a look at our SponsorDash for our unique application developed for this area.

Is PR harming F1 currently & will it change?

It is unlikely to change in the near future. PR is big business in Motorsport and there is a lot of money to be made in churning out the PR robots we see today. Is it damaging the sport? Well the sport is doing a good job of causing enough damage on its own, but PR is certainly not helping. Viewing figures are down and life long F1 fans are losing interest. It’s a real shame and hopefully FOM will be looking at this in more detail and seeing how the sport can stay current, be more engaging and get a personality!