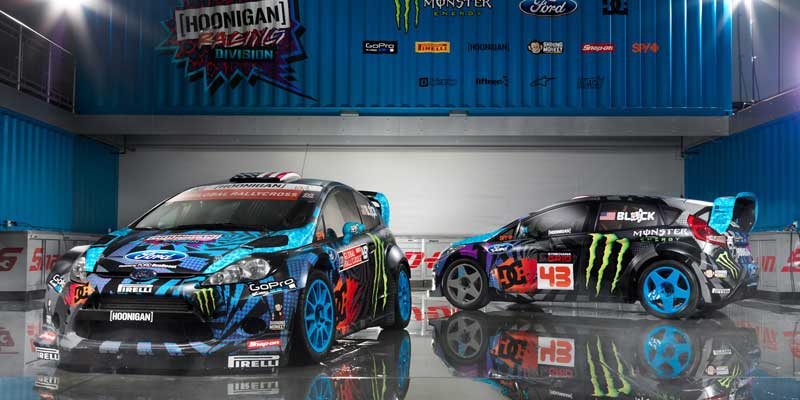 WRC – Hoonigan Racing Division Monster Energy and DC Shoes struck gold when they teamed up with and sponsored Ken Block. He has become a brand in himself and with some genius marketing and sponsorship activation in the form of his viral series of Gymkhana videos, Block, Monster Energy and DC Shoes are known worldwide. This is arguably the most effective sponsorship activation deal. DC shoes saw their best sales around the time of Gymkhana 2: The Infomercial, and Monster Energy have had their brand applied to just about everything from clothing to vinyl stickers to video game custom race liveries. If you can make a brand look cool and produce interesting content with it then people will instantly pay attention, Monster Energy and Red Bull are the kings of this, they put their name to anything extreme and adrenaline filled. People watch it and associate it all with the brand which then makes them want the products the company produce. Red Bull do this on a more global scale by tapping in to many more racing disciplines than Monster Energy, but Monster are well on their way to doing so with such awesome sponsorship activation. Ken Block has been able to create his own brand with the [HOONIGAN] tag. Using it as a twitter hashtag and placing it on his car helped increase public awareness as it allowed Block’s racing to trend across the internet and reach more people. That tag has allowed Block to create his own brand and market his team as the Hoonigan Racing Division. The team was previously known as the Monster World Rally Team but the whole branding around Block makes more sense and is better recognised and associated with the driver and the team if that tag is applied to it as well.
Share this
0 likes
Related Articles
0 Comments