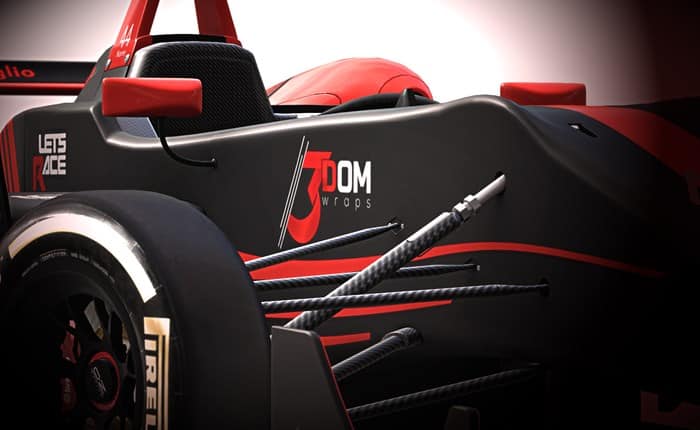 For a driver to survive in Motorsport now, they have to bring sponsorship with them and if they don’t, then unfortunately even if they are talented they will be overlooked in favour of a driver that does have the money, seemingly regardless of how talented they are. Effective Motorsport sponsorship activation will ensure that your sponsor is not left disappointed and comes calling for more next year! A classic example is Robin Frijns, who has won every championship he has entered in his first year all the way up to WSR 3.5, but beyond that no F1 team will give him a drive down to sponsorship and the lack of money he brings. But does this mean that ‘pay drivers’ are just rich kids, or are they just successful in understanding Motorsport Sponsorship and modern marketing techniques?

So what makes a driver attractive to a potential sponsor? Part of what makes a driver attractive is the level of motorsport sponsorship activation a company will get if they do partner up with said driver. Sponsorship activation is a term used within sponsorship, the way the company is advertised and promoted as part of the package with the team or driver, over and above the old school ‘logo on the car’ method. They won’t sponsor something if they cannot see a clear financial benefit in doing so, a ‘Return On Investment’ and TV figures alone will no longer cut it. So in the example of a racing driver, there needs to be a clear plan of action to help achieve the objectives of the company by exposure on the side of their race car, attending promotional events, hospitality and interacting with their sponsor online. This can be mentioning, posting and talking through Facebook, Twitter, Instagram, You Tube or any other social feeds and their own website, creating custom content for their sponsors’ digital campaigns. Once a driver or team is seen as ‘accessible’ by the audience, there is a value to fans in following them and each of them in turn has a marketing value for the sponsor.

To activate existing Motorsport sponsorship most effectively, you need to set out a week by week plan so the sponsor gets maximum exposure for their money and see you as a worthwhile investment. Engagement is the buzz word that drivers should be thinking about, having an audience that listens to your content and interacts with it, shares it and give opinions on it, is the most effective way to build your social profile and potentially offer a sponsor their ROI. Utilising the race weekend for sponsor exposure is absolutely key to a successful sponsorship activation, the unique content and increased levels of exposure make it the prime time as part of their strategy. By doing all of these things they may gain a valuable following, people are interested to see what they talk about and what they are doing as they know the driver is doing it themselves. The sponsor gets great exposure and digital content as a result and the value of sponsoring that driver rises, getting the attention of more potential sponsors and the circle continues. It is also vital that the driver takes the steps to gather relevant data about their social and digital activity from industry experts. Many in Motorsport are not being advised about the value of their digital strategies in the right way, but once they are, they can change their fortunes when on the hunt for a sponsor. Motorsport Sponsorship Activation is crucial in order to make yourself a marketable asset to a company, it will bring you the funding you need to continue up the Motorsport ladder and show just what you can do. No talented driver should be missing out on racing down to not having sponsorship, as a quick driver is a marketable driver. The problem lies with the strategy in place, or lack of it. If you think you’re quick and should be getting more luck with sponsorship, keep an eye out for our next post about Strategy and take a look into our sponsorship products coming soon on Motorsport Sponsorship.com.