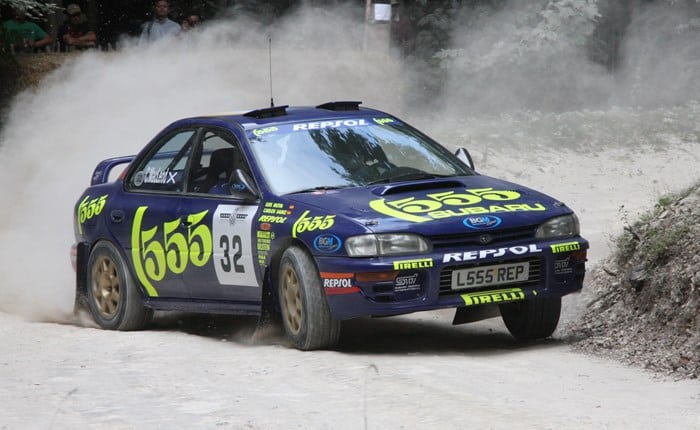 The blue and yellow Subaru 555 livery design that is associated with Subaru is actually, due to the 555 sponsorship they secured for the 1993 season. When Subaru first ventured into the WRC they entered a Subaru Leone, which was predominantly white. 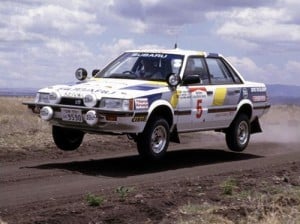 No one thinks of Subaru without picturing it in the legendary blue and yellow Subaru 555 livery design of the championship winning Impreza. But those colours are actually the colours of State Express 555, the title sponsor for the 1993 season through to 2004. In much the same way as JPS have become associated very closely with Lotus, 555 have the same association with Subaru. Even when advertising began to restrict tobacco companies from using images of their products and even the company name, a few of them are still very obviously present in Motorsport. Marlboro stayed with Ferrari for years to come, using just the barcode logo of the company, while 555 used the same colour scheme and livery design shapes to echo their brand in the sport still.

The colours have now become known as the classic Subaru colours, with most people not knowing of 555, but when you think of Subaru you think of rally, which in turn means you think of Colin McRae in his world championship winning 555 branded Impreza.
Share this
0 likes
Related Articles
0 Comments